Shopping Cart
Your Cart is Empty
Quantity:
Subtotal
Taxes
Shipping
Total
There was an error with PayPalClick here to try again

Thank you for your business!You should be receiving an order confirmation from Paypal shortly.Exit Shopping Cart

"Breaking the Color-Line: The Trial That Led to the End of Legal Segregation in Pennsylvania's Schools" (Pennsylvania Heritage, June 2016)

"This Is the Rat Speaking: Black Power and the Promise of Racial Consciousness at Franklin and Marshall College in the Age of the Takeover" (2017)

"A Man for Liberty: Francis Julius LeMoyne and the Rise and Fall of the Liberty Party (Forthcoming, December 2017, Pennsylvania Heritage)

"Displaced: A Holocaust Memoir and the Road to a New Beginning" coauthored with Linda Schwab (2020)

Welcome to toddmealy.com, the online home of history author, founder of the Equity Institute for Race-Conscious Pedagogy, LLC, and Director of Equity and Instruction at The Bond Educational Group, Todd M. Mealy! Todd is the author of seven books, including Race-Conscious Pedagogy: Disrupting Racism at Majority-White Schools (2020); Displaced: A Holocaust Memoir and the Road to a New Beginning with Linda Schwab (2019); Glenn Killinger, All American: Penn State's World War I Era Sports Hero (2018); This Is the Rat Speaking: Black Power and the Promise of Racial Consciousness at Franklin and Marshall College in the Age of the Takeover (2017); Legendary Locals of Harrisburg (2014), Aliened American: A Biography of William Howard Day, 1825-1900, Vols. I and II (2010); and Biography of an Antislavery City: Antislavery Activists, Abolitionists, and Underground Railroad Operatives in Harrisburg, Pa (2007). Todd authored a chapter in From the Pews: The Story of the Bethel AME Church in Harrisburg (2015). He has also published several articles in Pennsylvania Heritage and American Heritage.

Todd's scholarship on the Underground Railroad in Pennsylvania along with Black abolitionist and educator William Howard Day has been cited in works by Steve Luxenberg (Separate: The Story of Plessy v. Ferguson, and America's Journey from Slavery to Segregation), Richard Blackett (Making Freedom: The Underground Railroad and the Politics of Slavery), and the late Hari Jones ("Deciphering the African American Mystery in American History"). His research on Glenn Killinger is also featured in Anne R. Keene's acclaimed book The Cloudbuster Nine: The Untold Story of Ted Williams and the Baseball Team That Helped Win World War II (2018).

Mealy holds a Ph.D. from Penn State University. He also attained a Master's degree from the same institution, where he was the 2014 recipient of the John S. Patterson Award for academic and creative achievement. In 2018, he received the university's Sue Samuelson Award for his doctoral dissertation.

He is a contributing writer for Pennsylvania Heritage Magazine. His publications in the magazine include pieces about the 19th-century trials that led to the end of legal segregation in Pennsylvania's public schools; the abolitionist and cofounder of the Liberty Party Francis Julius LeMoyne; an All-American football player from Penn State who reached the pinnacle of his career following World War I named Glenn Killinger; the 100-year history of the Penn State Nittany Lions - Pittsburgh Panthers football rivalry; and the greatest African American women's tennis and basketball player before World War II, Ora Mae Washington.

Todd has two recent publications in Pennsylvania Heritage. The first is "Muhammad Ali at Fighter's Heaven," a 4,000-word article taking a look at the eight years Muhammad Ali spent training at a long-forgotten training camp in Schuylkill County, Pennsylvania. Published in Spring 2021 is "Without Fear and without Reproach: Octavius V. Catto and the Early Civil Rights Movement in Pennsylvania," which explores the life of Octavius Catto, an African American civil rights activist and educator killed in Philadelphia trying to protect Black voters on October 10, 1871, just a year after the ratification of the 15th Amendment.

The newest book written by Todd is Race-Conscious Pedagogy: Disrupting Racism at Majority-White High Schools (McFarland & Co.). It is an appeal for race-conscious education at predominantly white high schools. The book's Foreword is written by Dr. Terrence Roberts, known for his role as one of the Little Rock Nine students that desegregated Central High School in Little Rock, Arkansas in 1957 and the recipient of the Presidential Medal of Freedom. Writing the Afterword is philosopher George Yancy, author of several books on race, including Across Black Spaces; Backlash: What Happens When We Talk Honestly About Race in America; and On Race: 34 Conversations in a Time of Crisis.

Todd has three books in the pipeline. The first, tentatively titled Does N-ything Go? A Musical Biography of an American Slur, explores the history of the N-word in minstrelsy, ragtime, blues, rock 'n' roll, country, and rap. Does N-ything go? is scheduled for publication in winter 2022. Also due out in 2022 is the first of a two-volume publication Todd is co-editing with Dr. Heather Bennett, Equity in the Classroom: Essays on Curricular and Pedagogical Approaches to Empowering All Students. The second volume, tentatively titled Critical Engaging Education: Forging a New Path for Equitable Schools Through Equity Leadership Strategies from the Classroom to the Board Room, is scheduled for publication in 2023. Each title will be published by McFarland Publishing & Co.

Todd also is an adjunct professor in the History Department at Dickinson College.

Mealy was born in Bradford in 1979, grew up in Harrisburg, and currently lives in Lancaster with his wife, Melissa, Ed.D., son, Carter, and daughter, Adeline. He has taught in Lancaster County public schools since 2001 and is an adjunct professor in the History Department at Dickinson College. He spends summers traveling to countries in Europe, Asia, and South America. He has also coached high school football for twenty-one years. These experiences helped shape his focus on issues related to social justice, race theory, political history, and sports culture. 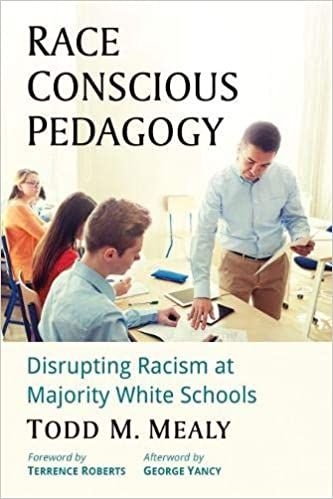 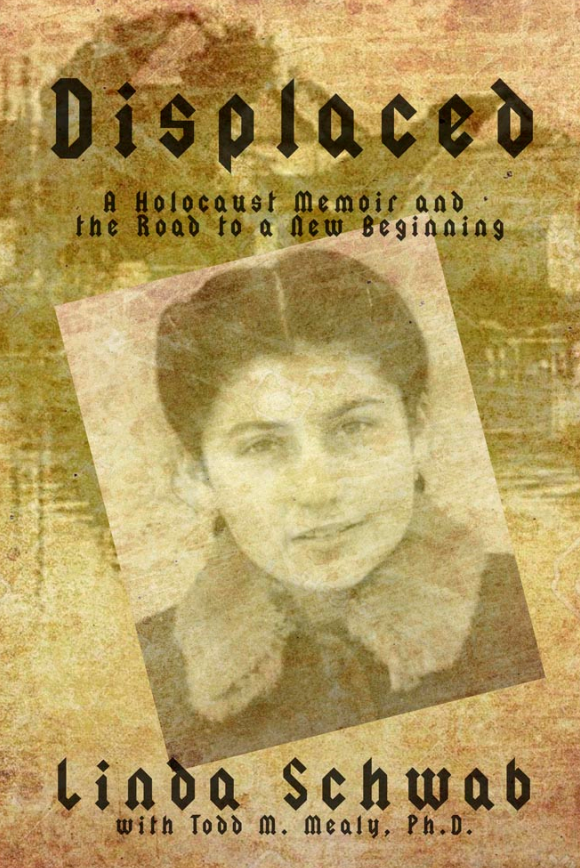 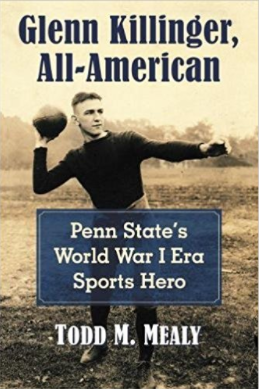 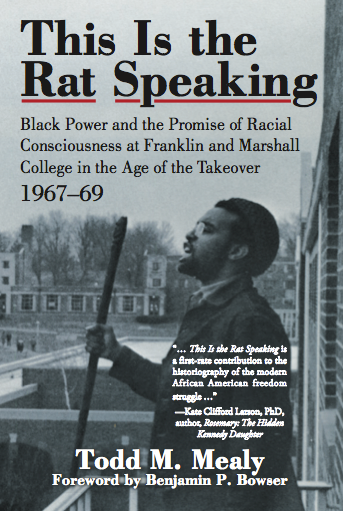 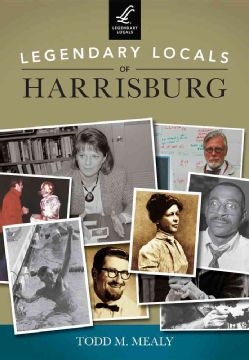 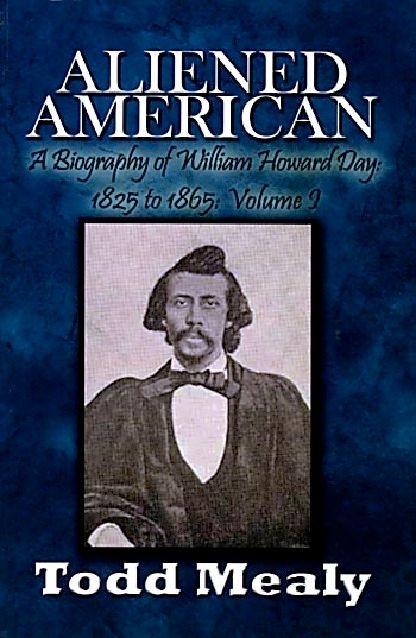 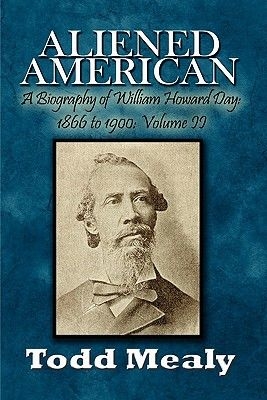 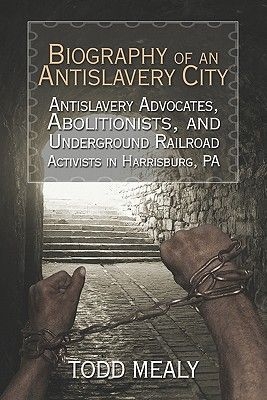 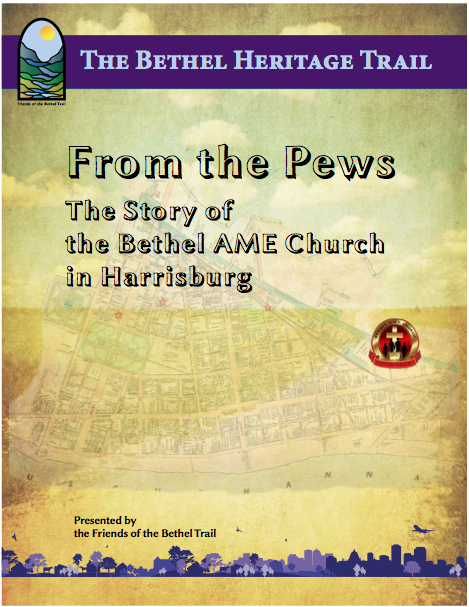